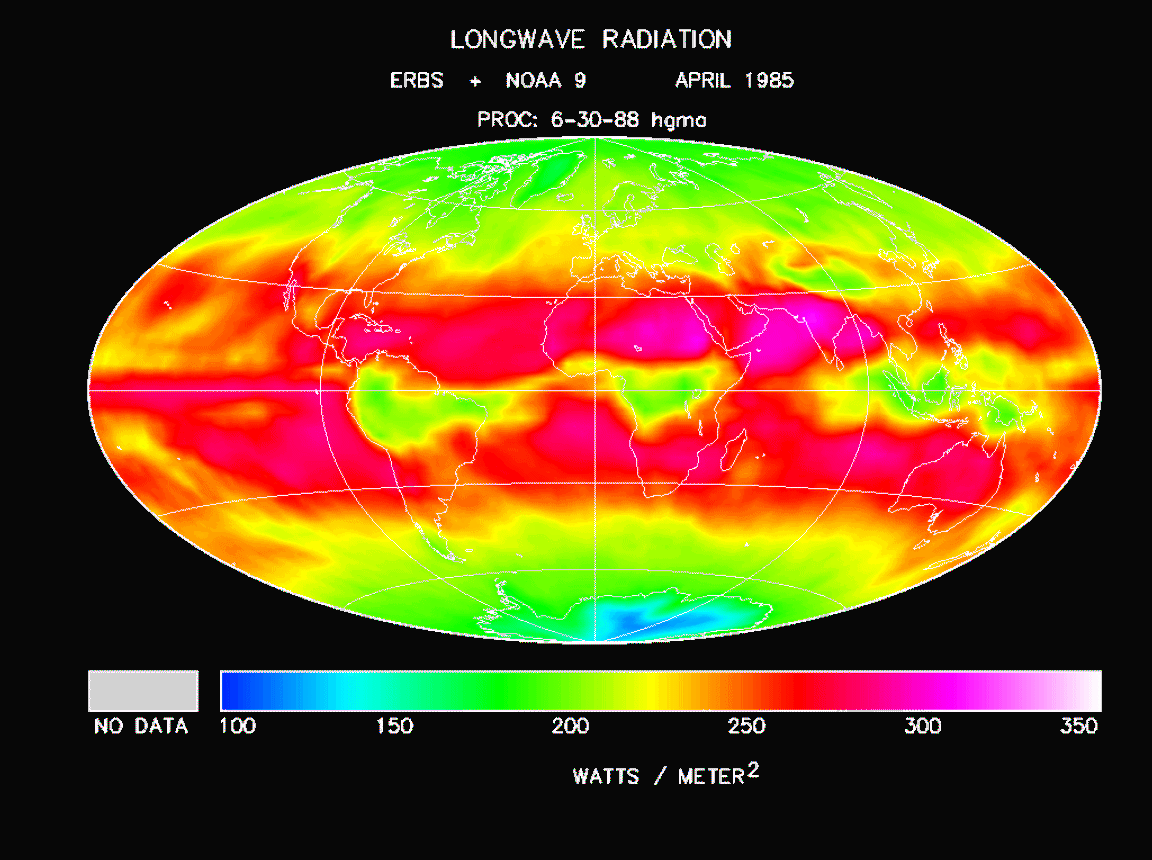 The radiation budget represents the balance between incoming energy from the Sun and outgoing thermal (longwave) and reflected (shortwave) energy from the Earth. In the 1970’s, NASA recognized the importance of improving our understanding of the radiation budget and its effects on the Earth’s climate. Langley Research Center was charged with developing a new generation of instrumentation to make accurate regional and global measurements of the components of the radiation budget. The Goddard Space Flight Center built the Earth Radiation Budget Satellite (ERBS) on which the first ERBE instruments were launched by the Space Shuttle Challenger in 1984. ERBE instruments were also launched on two National Oceanic and Atmospheric Administration weather monitoring satellites, NOAA 9 and NOAA 10 in 1984 and 1986.

An international team of scientists was selected from proposals to an Announcement of Opportunity in 1978 to participate in the design and development of ERBE. Dr Bruce Barkstrom, of the Radiation Sciences Branch of Langley’s Atmospheric Sciences Competency, was selected as the ERBE Principal Investigator. He led the team through 30 meetings to guide the development of the instrumentation and the ground processing software for analyzing the data.

Langley formed a team of electronic, thermal, and mechanical experts to develop the ERBE instruments. Led by Jack Cooper, Experiment Manager, and Glenn Taylor, Instrument Manager, this team developed the specifications for two types of instruments:

TRW, of Redondo Beach, California, was selected to build the instruments, calibrate them in a unique thermal/vacuum radiometric calibration facility, and help integrate the instruments with the ERBS and NOAA satellite platforms.

The ERBE Data Management Team was formed to design and develop the ground data processing system based on algorithms from the Science Team. Jim Kibler, Head of the Data Management Office in Langley’s Atmospheric Sciences Competency, led the team through three iterative releases of the system to be ready for processing at the first launch. The system design included several subsystems to produce archival science products for study by the science community:

Since the ERBS launch in 1984, the ERBE Project has been validating the instrument results and producing data products for use by the science community. These products range from instantaneous time-sequenced instrument measurements to monthly-averaged regional, zonal, and global estimates of radiation budget parameters:

These data products are now available from the Langley Distributed Active Archive Center. Data, programs for reading the data, and user’s guides can be obtained through the on-line system.