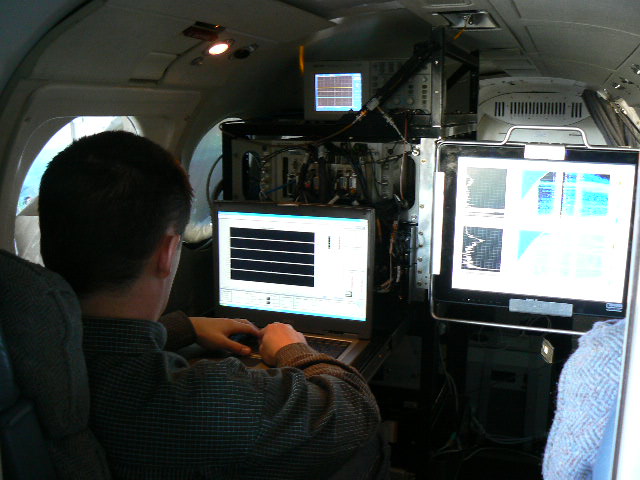 The HSRL instrument is an innovative technology that is similar to radar; however, with lidar, radio waves are replaced with laser light. Lidar allows researchers to see the vertical dimension of the atmosphere, and the advanced HSRL makes measurements that can even distinguish among different aerosol types and their sources. The HSRL technique takes advantage of the spectral distribution of the lidar return signal to discriminate aerosol and molecular signals and thereby measure aerosol extinction and backscatter independently. It measures aerosol backscatter and depolarization at 532 and 1064 nm and aerosol extinction at 532 nm.

Unfortunately, scientists still don’t know exactly how aerosols interact in our atmosphere and affect our weather and climate systems. However, the degree to which aerosols effect the movement of heat in our atmosphere is strongly dependent on their vertical distribution, making HSRL a key component in our understanding of Earth’s changing climate.

HSRL is compact and robust — designed to be flown on small aircraft like the NASA Langley King Air B200 or LearJet. HSRL is primarily flown on field missions used to validate measurements made by the CALIPSO spaceborne lidar as well as aerosol retrievals from satellite-based passive sensors. It is also used in campaigns focused on regional process studies and the validation of chemical transport models. Information on recent instrument deployments as well as data browse images can be found in the “Field Campaigns” section.